As technology has proliferated into the oil field, regulatory reporting has advanced in ways that make oil field intelligence easier to attain. This intelligence can be aggregated through data vendors that specialize in well data aggregation. Most operators have subscription services to one or more of these vendors, but oil field intelligence can also be acquired directly from the regulatory agencies depending on the state or the county. A strategy must be developed for each use of the data based on each operator’s needs. Engineering, geology and land departments are never at a loss for use cases that marry public data to internal projects, but here are a few examples of use cases. 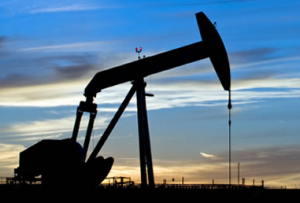 All operators have to report on production to some regulatory body in each state or county (often both) that they operate in. In the past, operators were left to their own devices (data) to determine where to move geologically in a play. For instance, an operator acquires a body of leases in a particular geological formation. The problem is which lease to drill first. Is there a sweet spot in the geological formation that will produce more than others?   In the past, the operator would have to drill a few wells and determine a trend from well tests, production reports and decline curves. It could take years to determine a trend, and in the beginning of the shale revolution, this was the only way to solve the problem. Now there is an amazing amount of data already available to find production trends. Even if an operator has enough wells in a particular play, using other wells in the region can confirm those trends. It could even change an entire drilling strategy. Drilling is too expensive not to be sure.

Completion Data
An operator must report details of the amount of water and sand used in each well as well as the number of stages in the completion construction report. When these reports are examined in conjunction with production history, a better picture emerges of effective completion designs. In the past, this picture might take years to emerge. With public data, a wide array of completion designs can be examined with production history that goes back years.
Sand and proppants are expensive. That’s no secret, but if a completions engineer can put together an analytics engine that shows which completion designs work better than others, then overall well construction costs can be controlled better and often reduced. Obviously, completions companies do most of the work, but often the onsite completions engineer’s goal is to empty the water and sand trucks that are onsite. The completions company then charges the operator for all of the water and sand used regardless of whether it was necessary. Often, this practice can damage the formation resulting in lower production yields.

Wellbore Survey Data
Survey data can be used to determine wellbore geometry production issues. Tortuosity in wellbore geometry can cause a number of issues, but when time is money on a drilling project, the geometry can often be overlooked. Often the geometry is never considered in production issues, but it can be an important issue in well life cycle.
Toe Up and Toe Down? Which direction should wells be drilled in particular formations? Has over correction in drilling formed traps? Where should the completion stages be placed? These are all questions that every operator asks but often never answers. The data and the techniques to analyze that data are available now.

Conclusion
Learn from the data that is available and capitalize on the experience that has been acquired. In each shale play, there is enough history to increase margins and efficiency in wellbore design, construction and production. In many case, the operators already have the data, and when they don’t, the data can be acquired inexpensively.
###

Local Expertise with a Global Reach